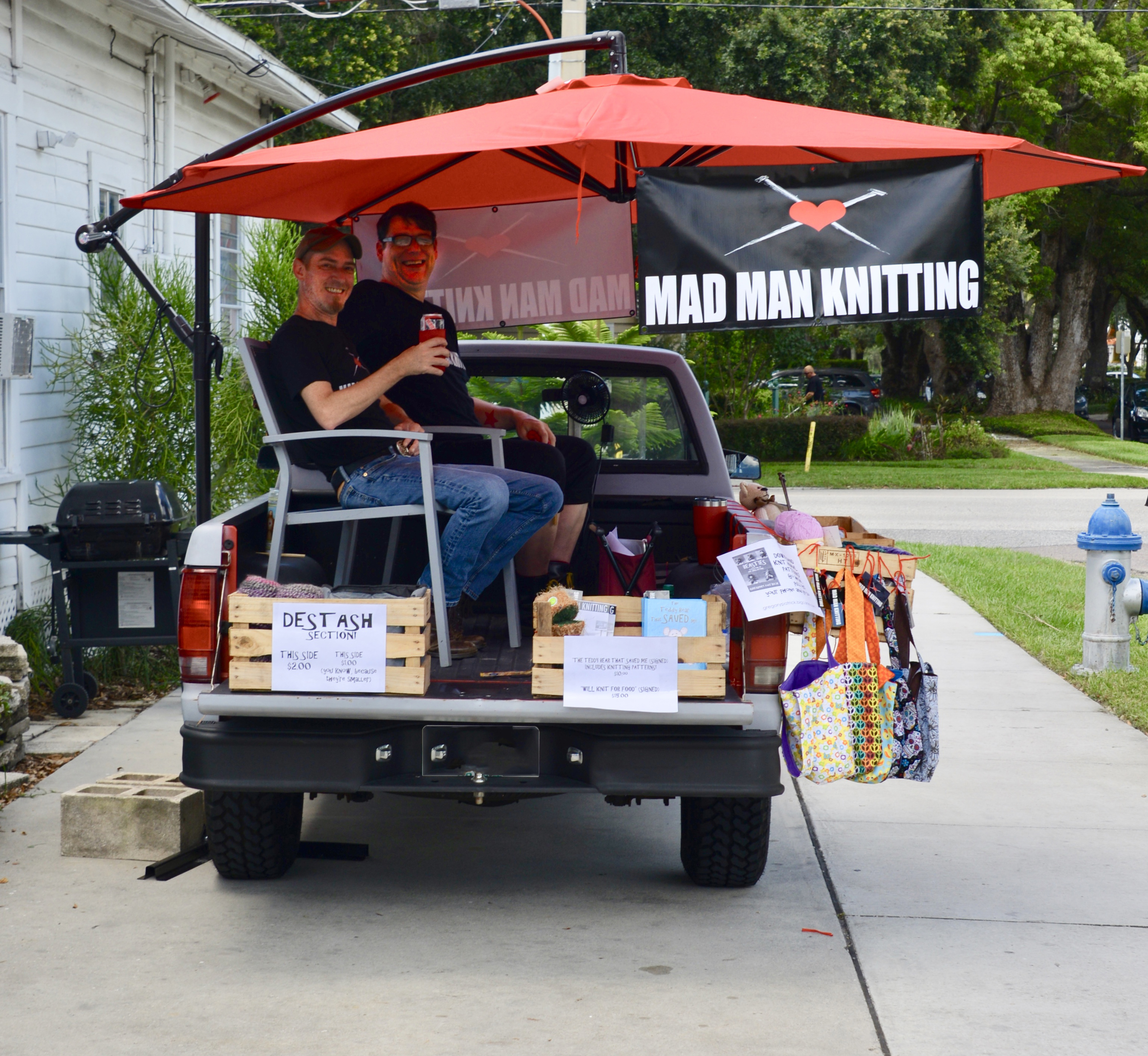 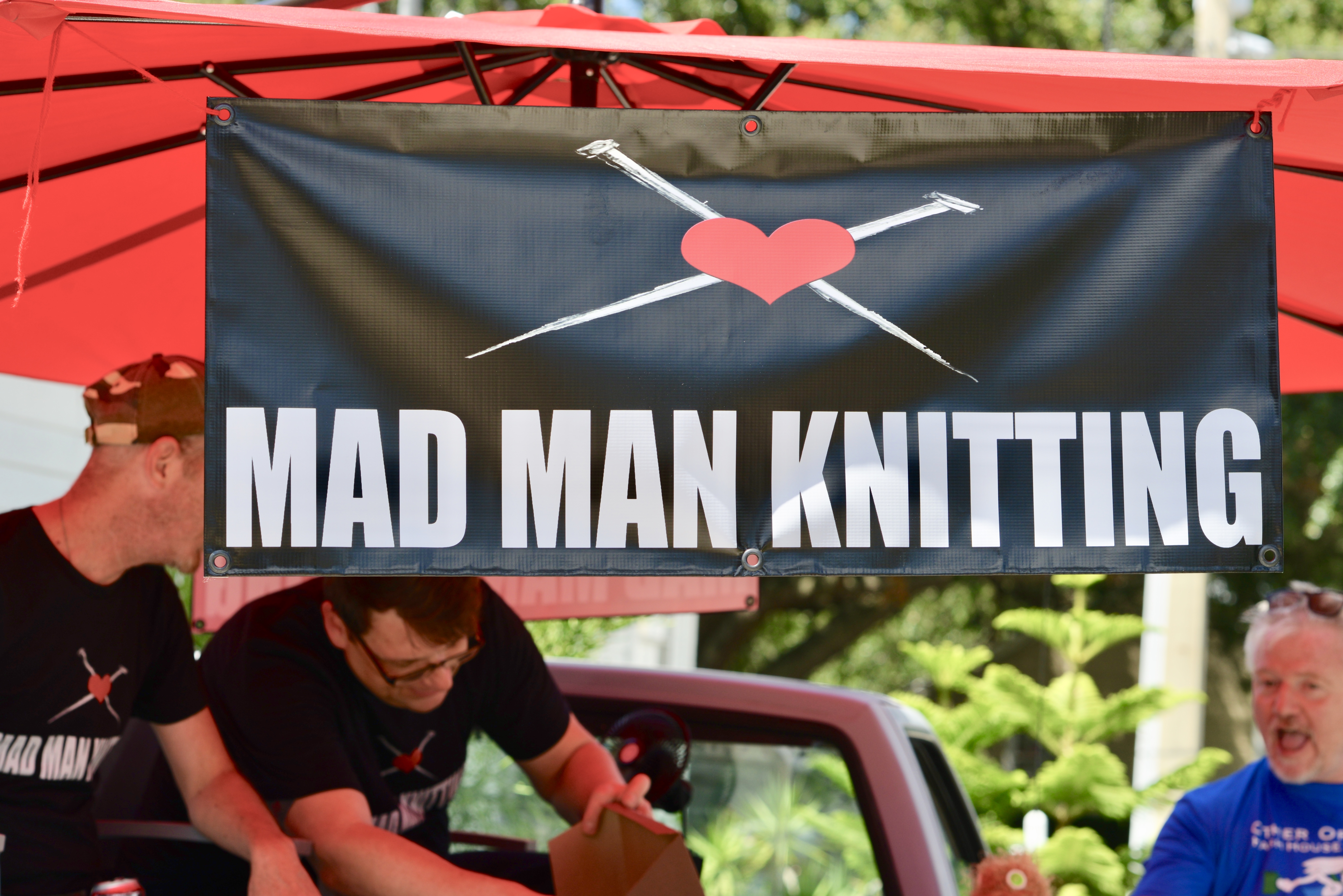 Gregory, Philip, and a customer at the yarn truck

It was a hot day in August in the Mills 50 District of Orlando, and I decided to trek over to Nora’s Sugar Shack and meet Mr. Mad Man Knitting himself, Gregory Patrick.

Gregory is an accomplished author, a conservative firebrand, a knitting blogger, and co-admin of a Facebook ‘crochitter’ group called Knitter Be Damned. He’s also married to an old friend of mine from SW Florida, Philip Champlain, whom I hadn’t seen for a good 25 years. A yarn truck is a fairly novel idea, and outside of trunk sales we yarn shoppers really don’t encounter opportunities to purchase yarn outside of a storefront or online. 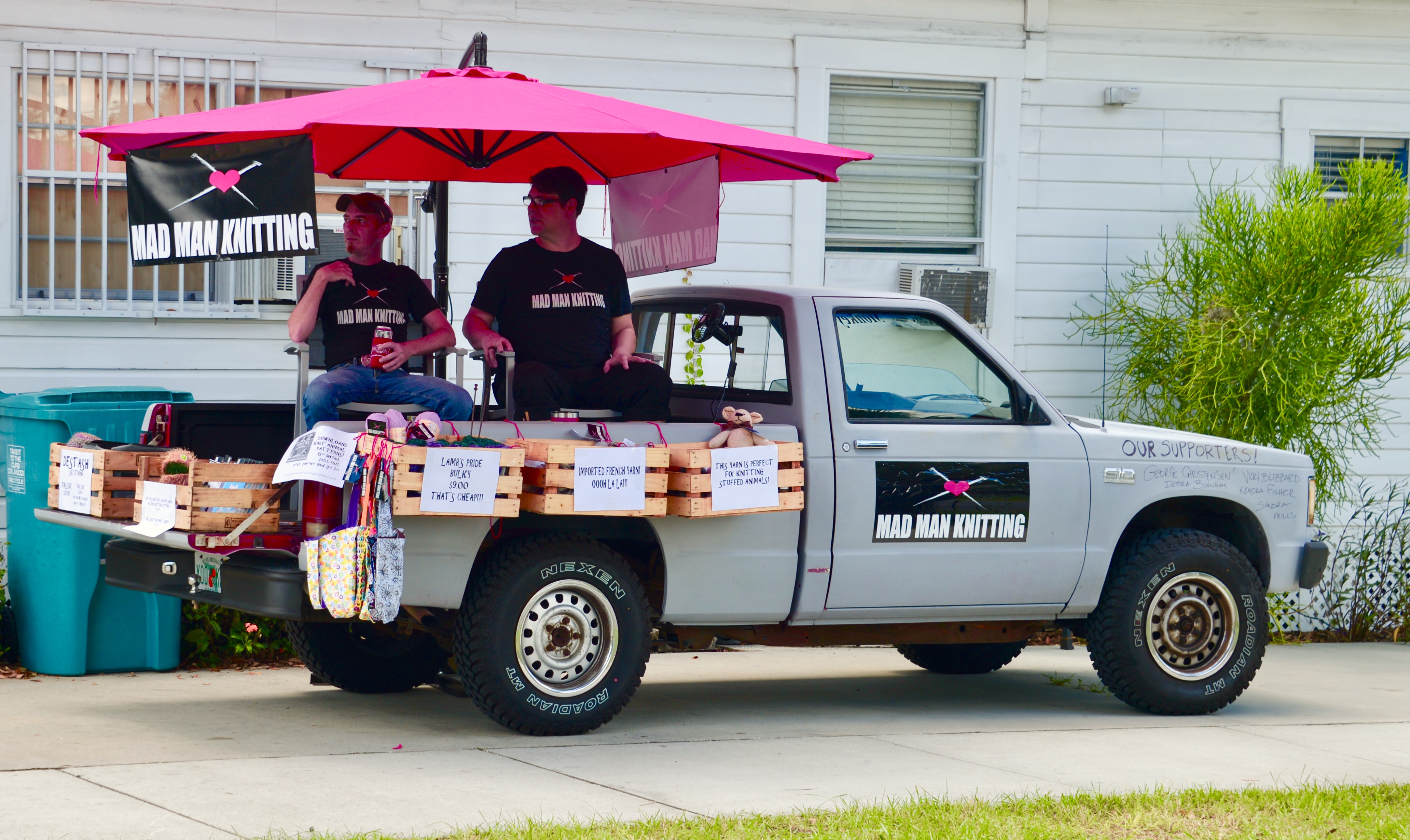 Two Men and a Yarn Truck 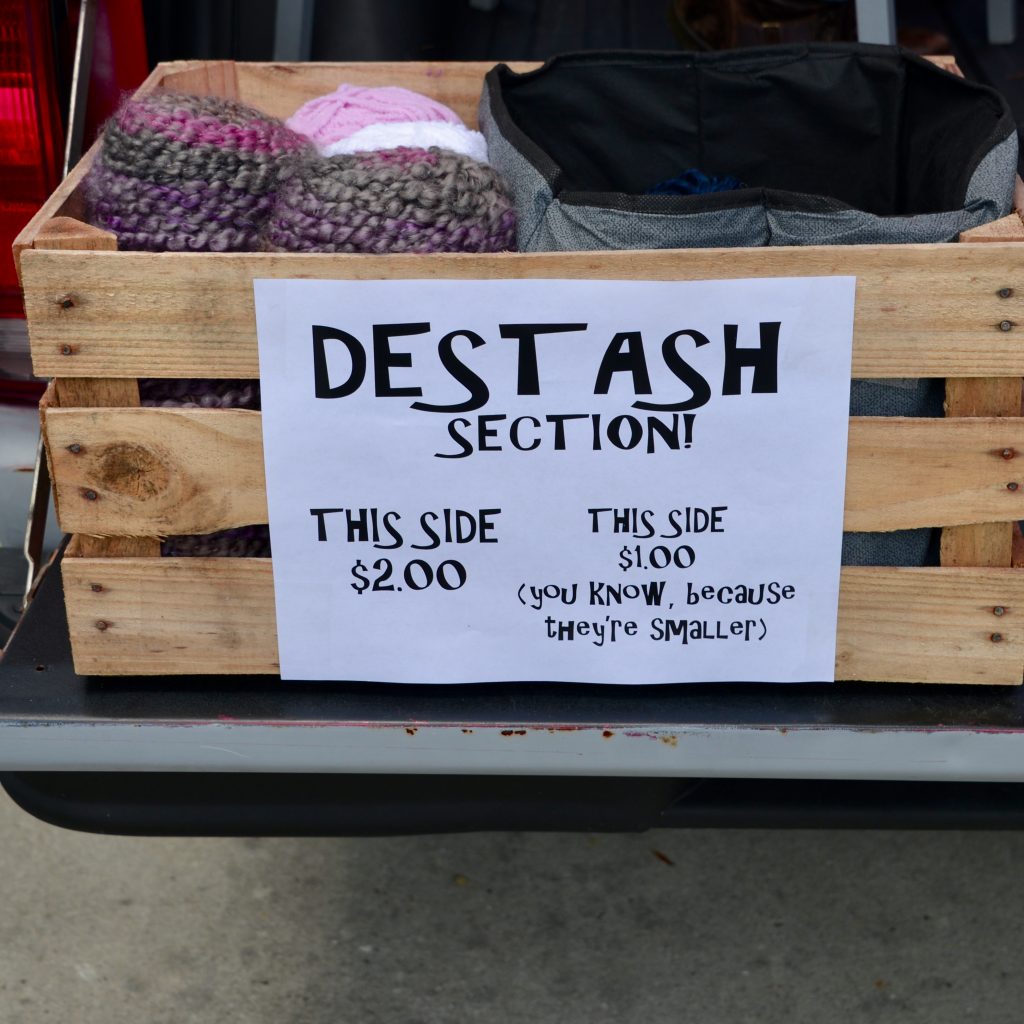 I’ve tried to support all things local since moving to Orlando in the late 90s, so I grabbed some cupcakes from another Mills 50 shop, The Blue Bird Bake Shop, and brought them to Gregory and Philip. They had an amazing red umbrella covering the back of the truck (and, fortunately, the customers!) and a little fan. The truck was adorned with perfectly sized wooden crates that held various skeins of yarn, signed copies of Gregory’s books, a teddy bear, and even one of Philip’s Strange Friends. 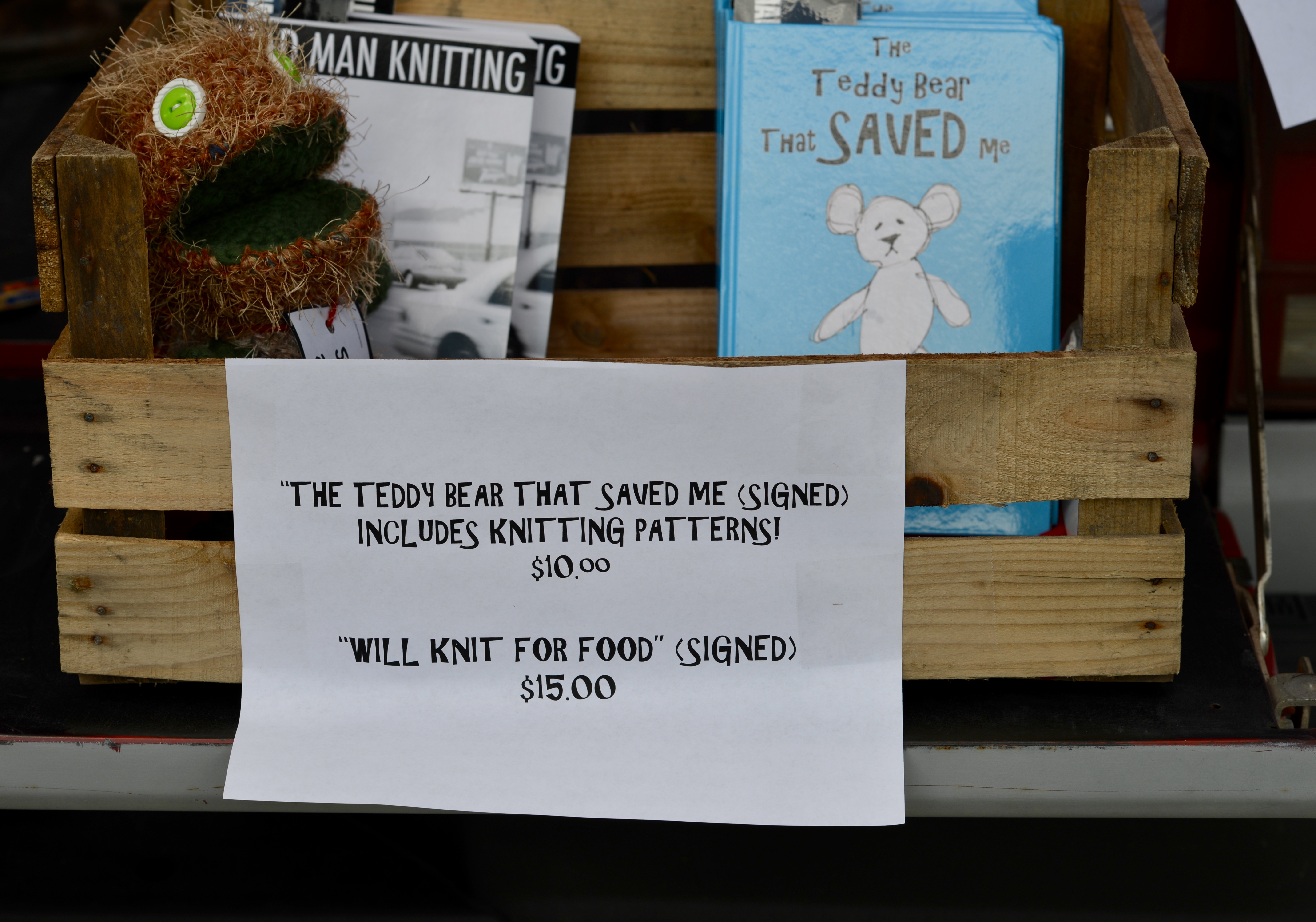 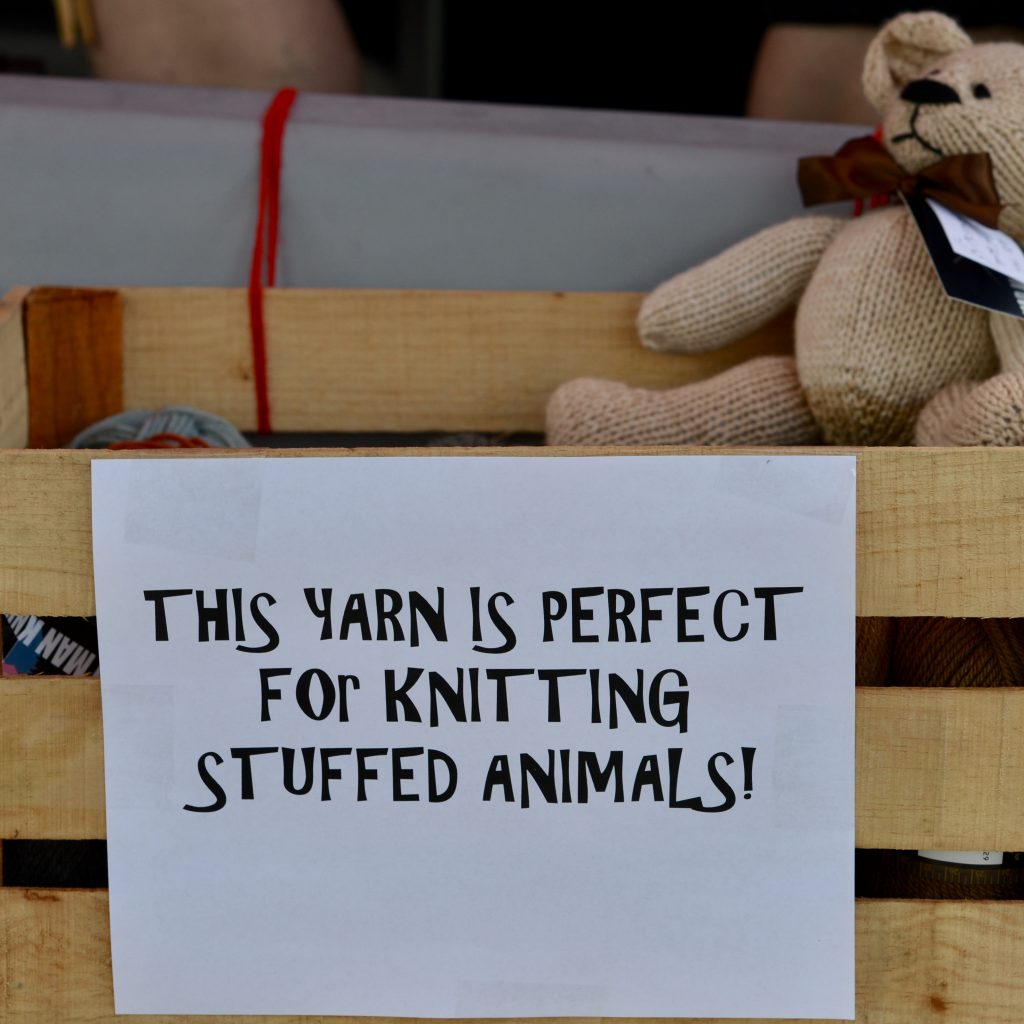 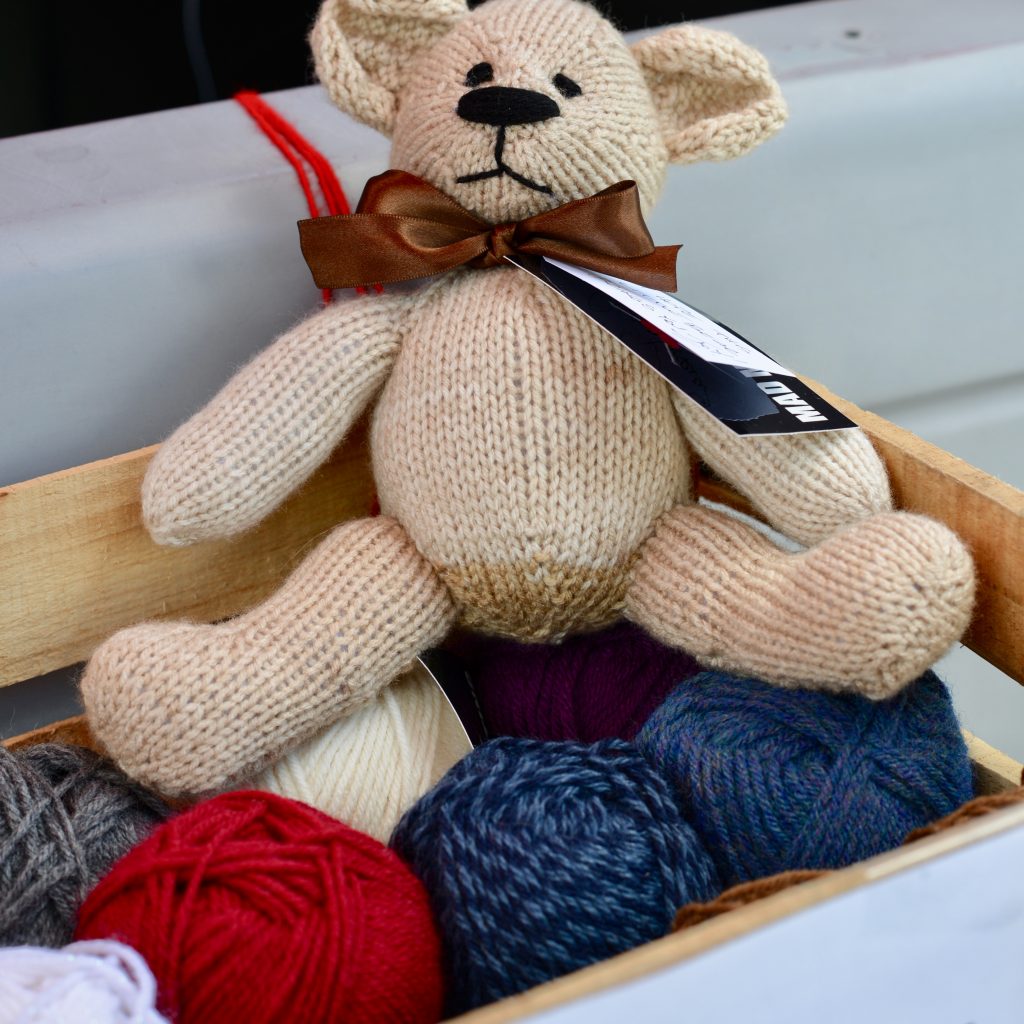 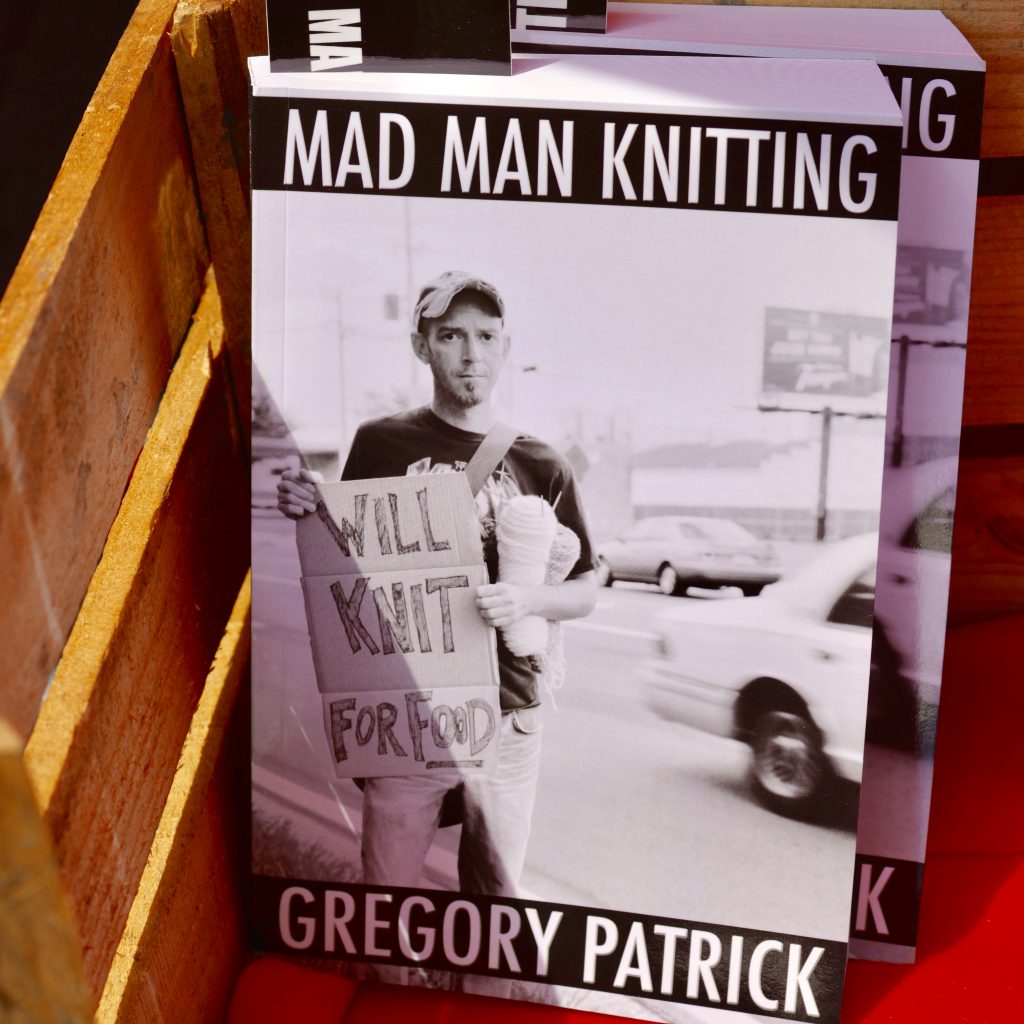 While I was there, the first sale happened – a purchase of one of Philip’s Strange Friends. A very colorful regular of Nora’s was impressed with what he dubbed “a cactopus,” and became the first person of the day to write his name on the truck as a supporter. 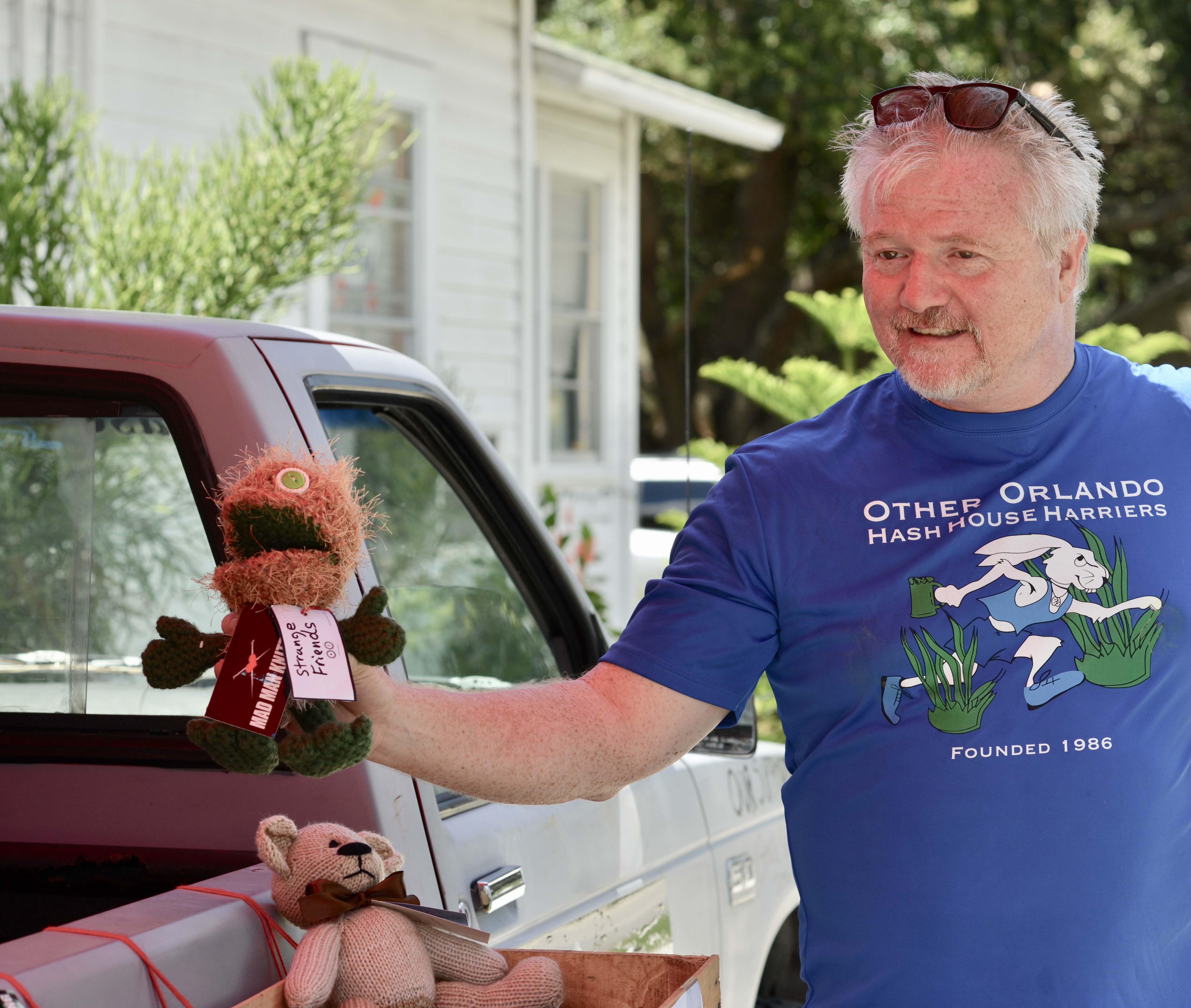 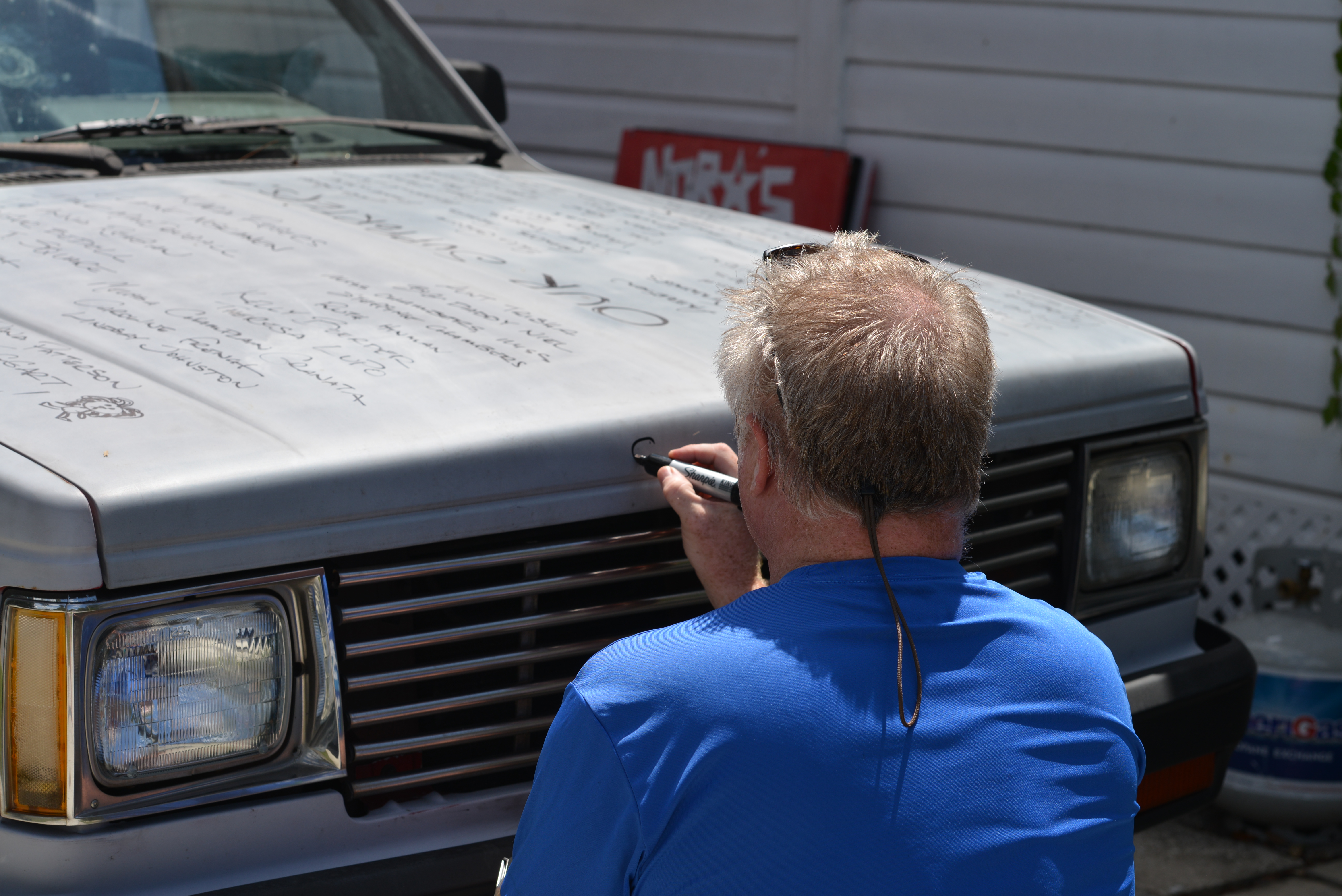 Even thought it was unbelievably hot, it was great to finally meet Gregory as I’ve been following his writings and his internet presence for a few years. I’ve wanted to interview him for iKnitty for a while now as we both live in the same town, so perhaps I’ll make a non-yarn truck visit to learn about the pattern-making inspiration for his bears as well as his writing process for his books. 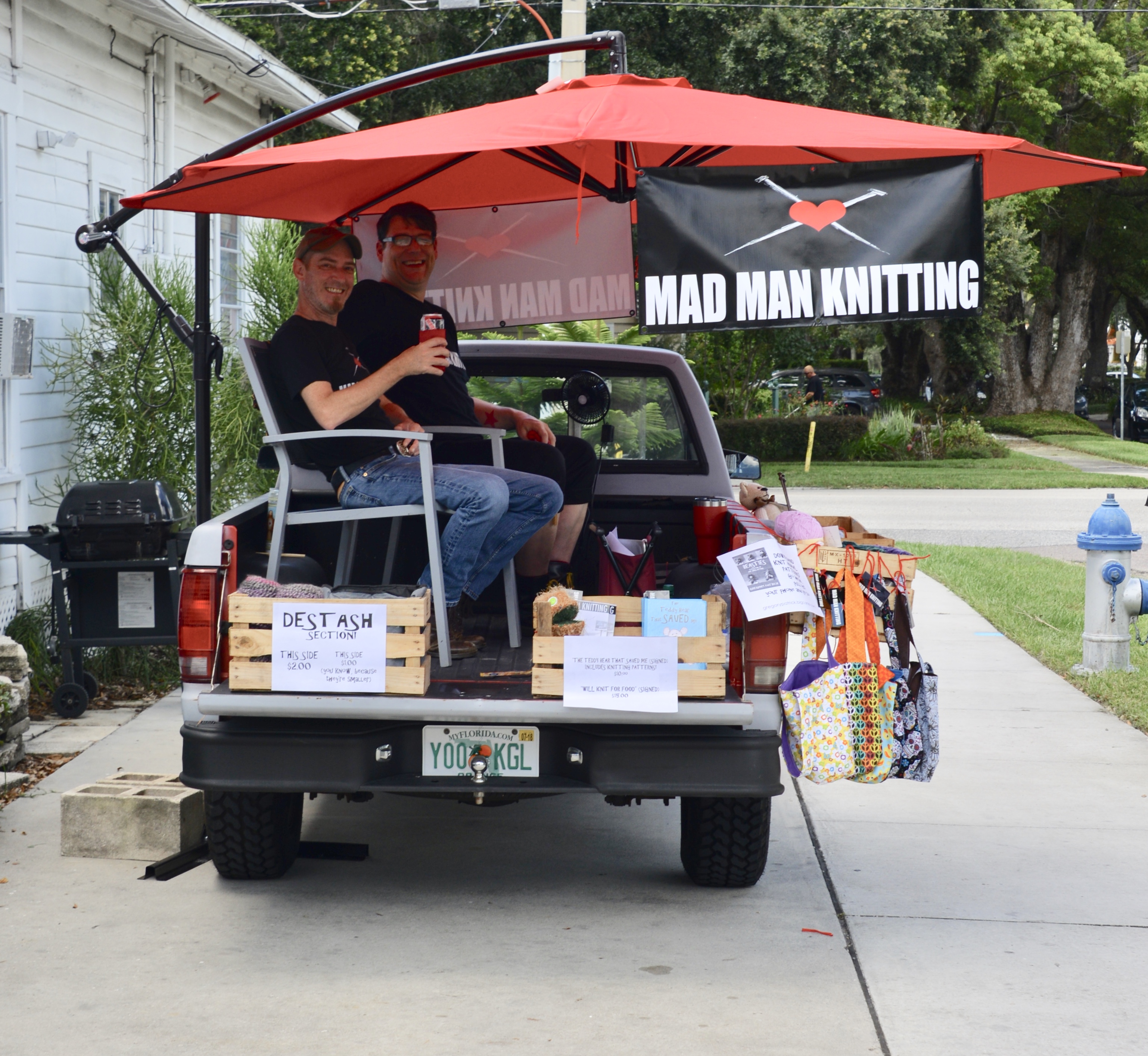 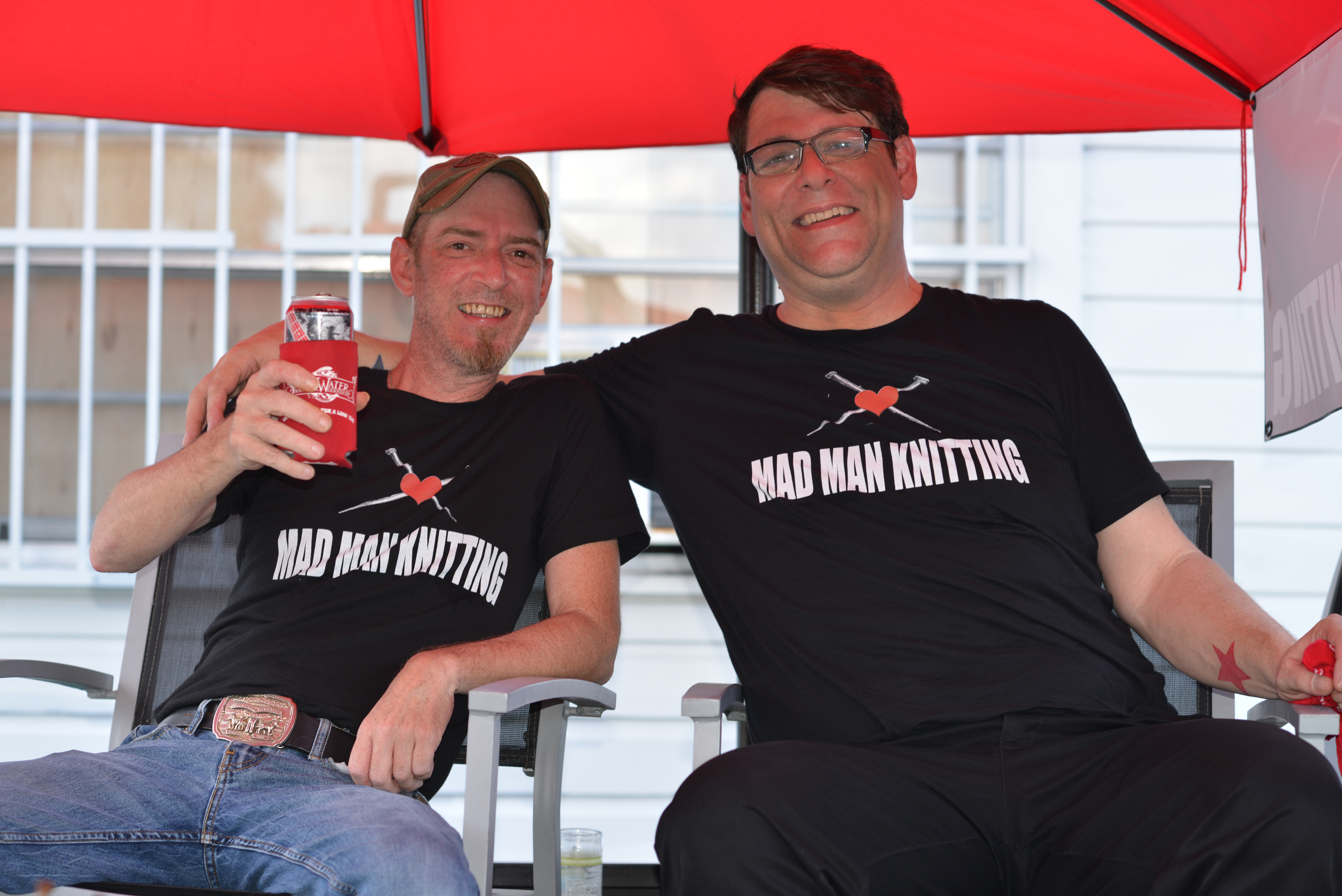 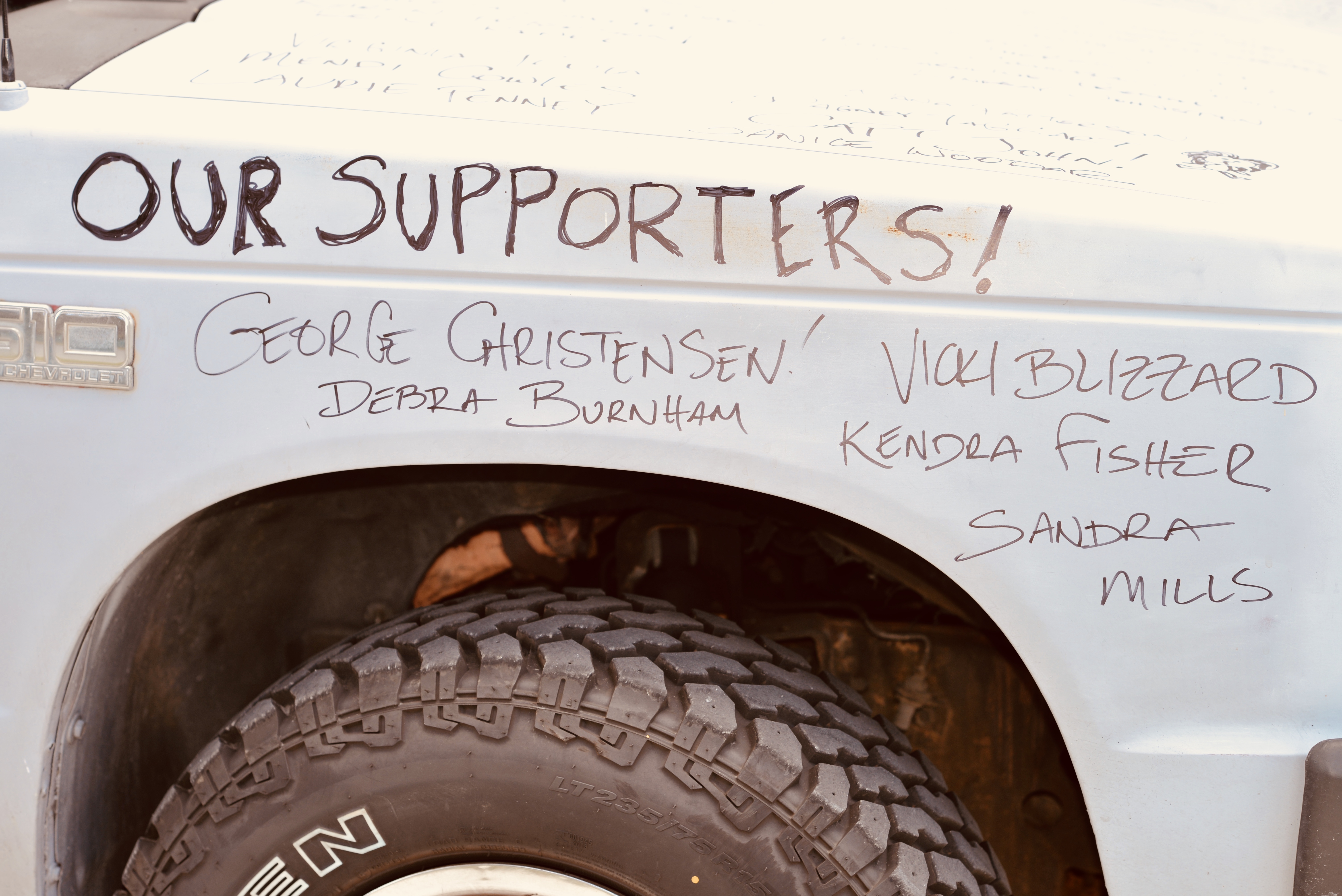 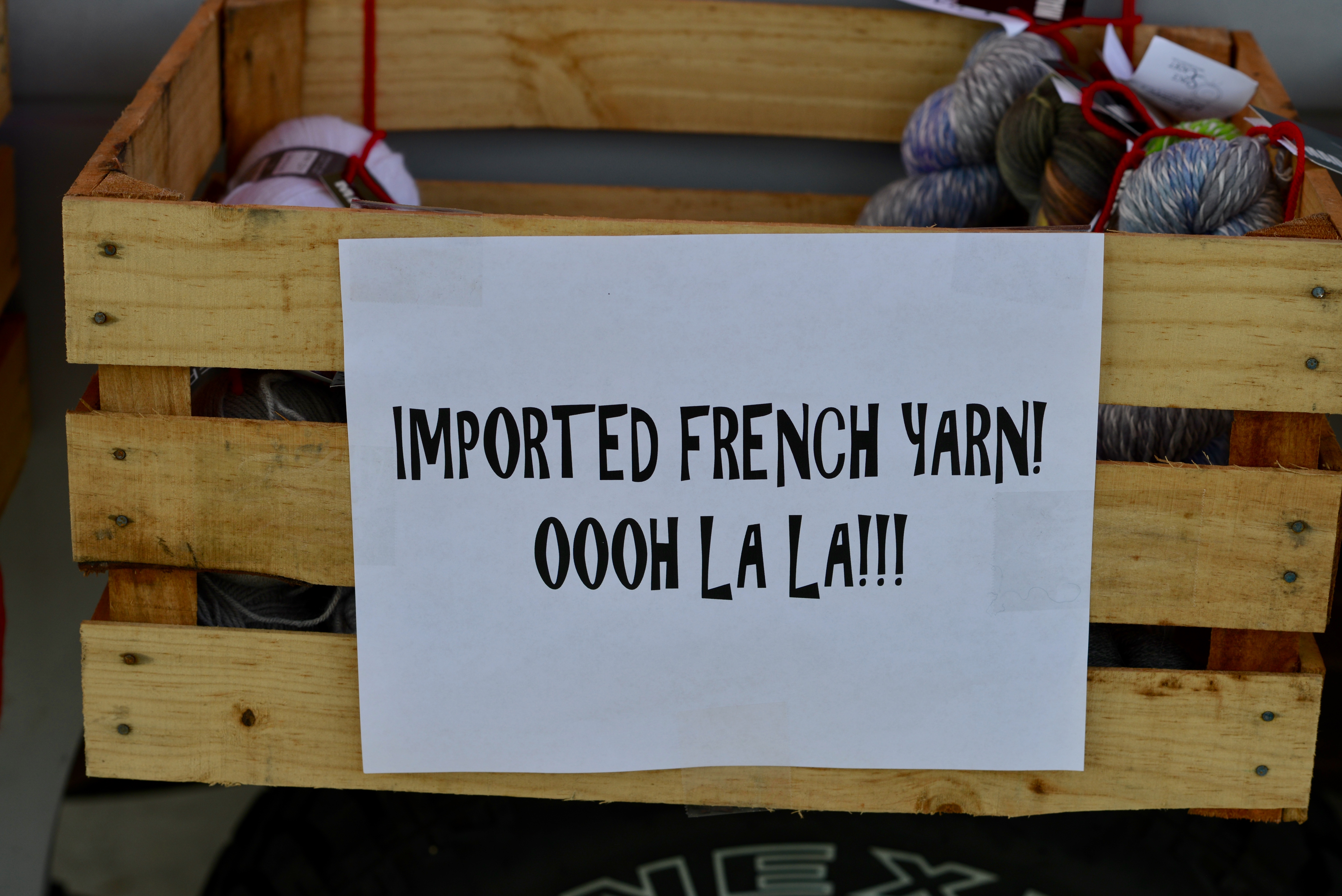 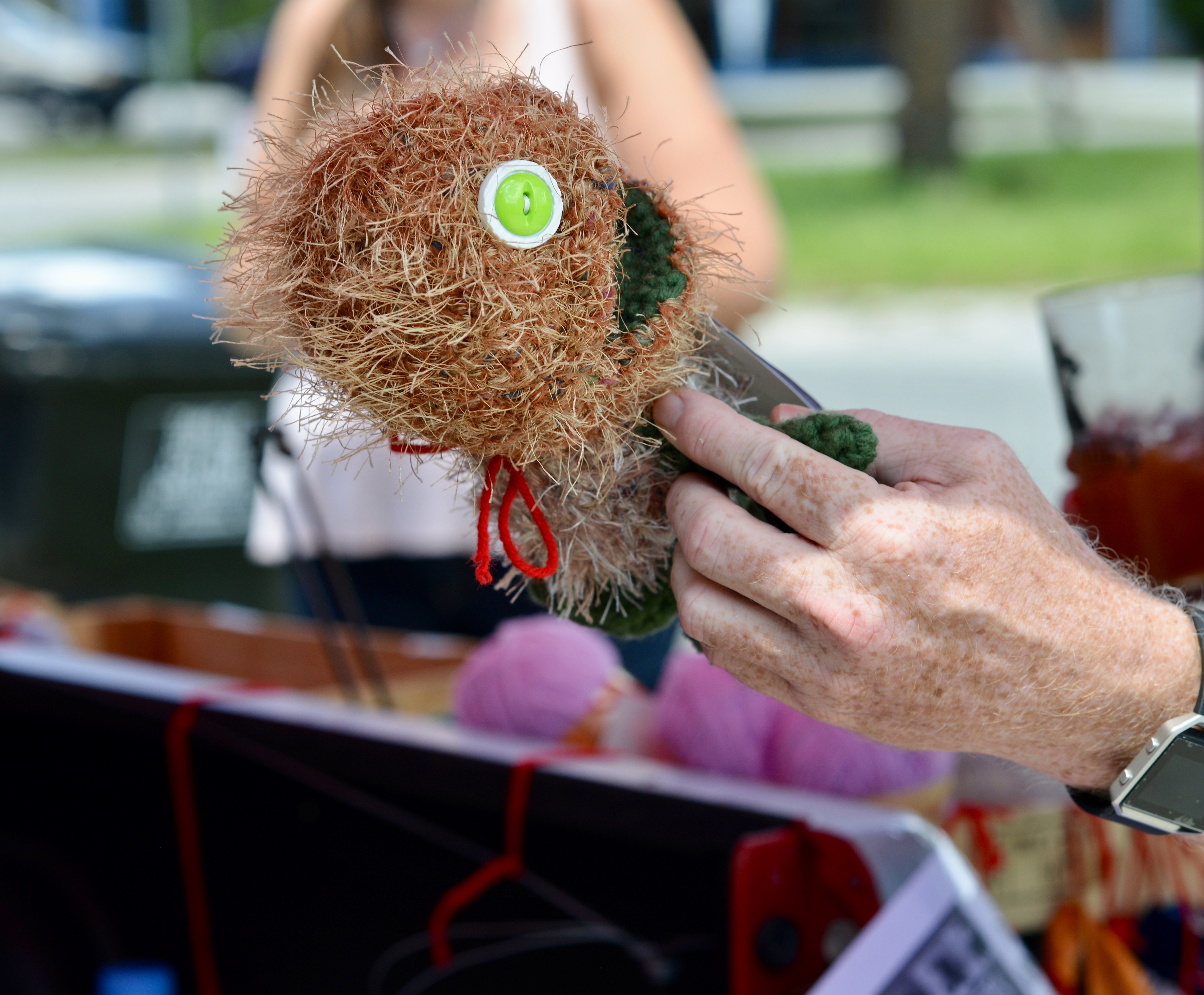 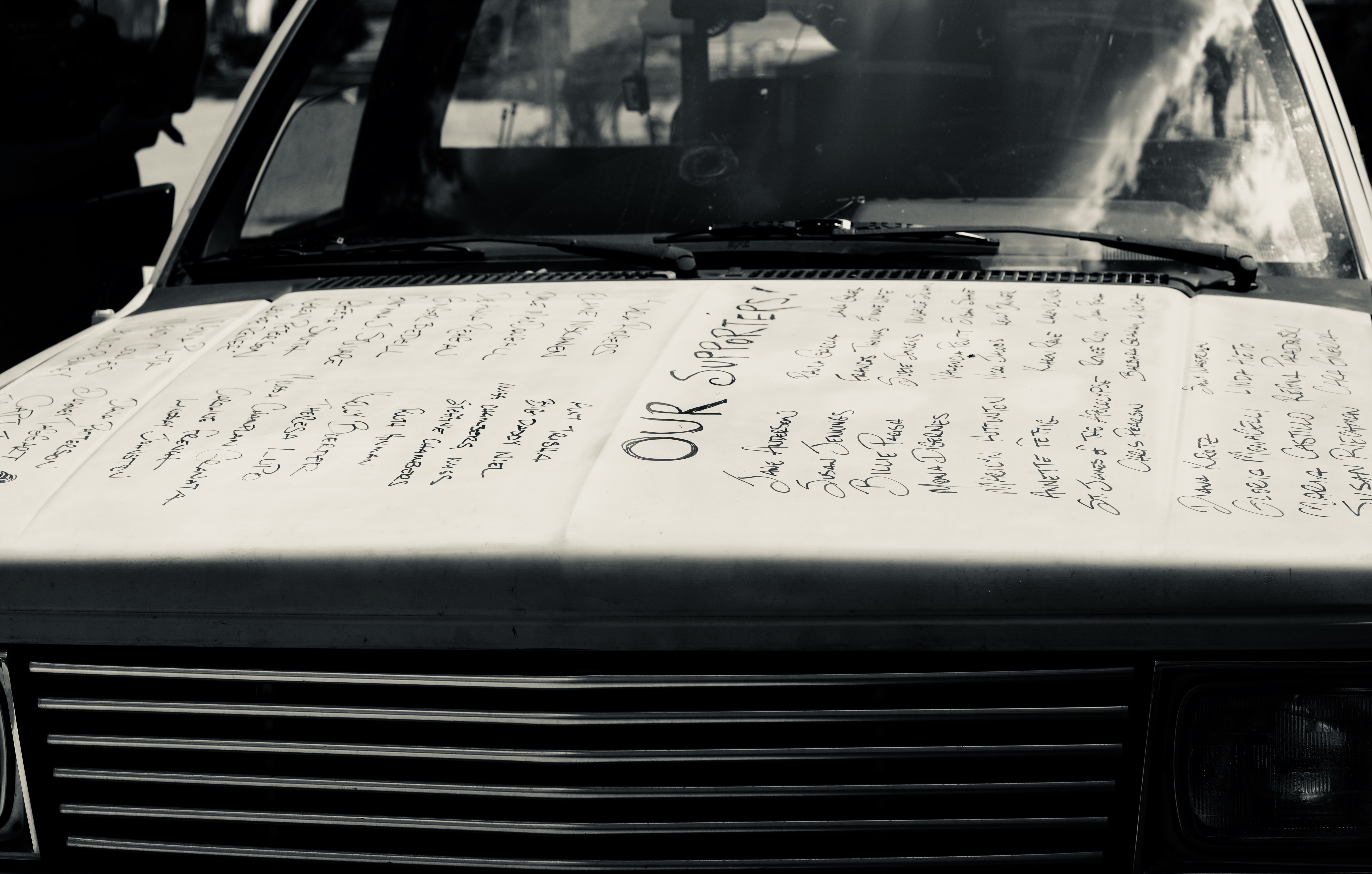 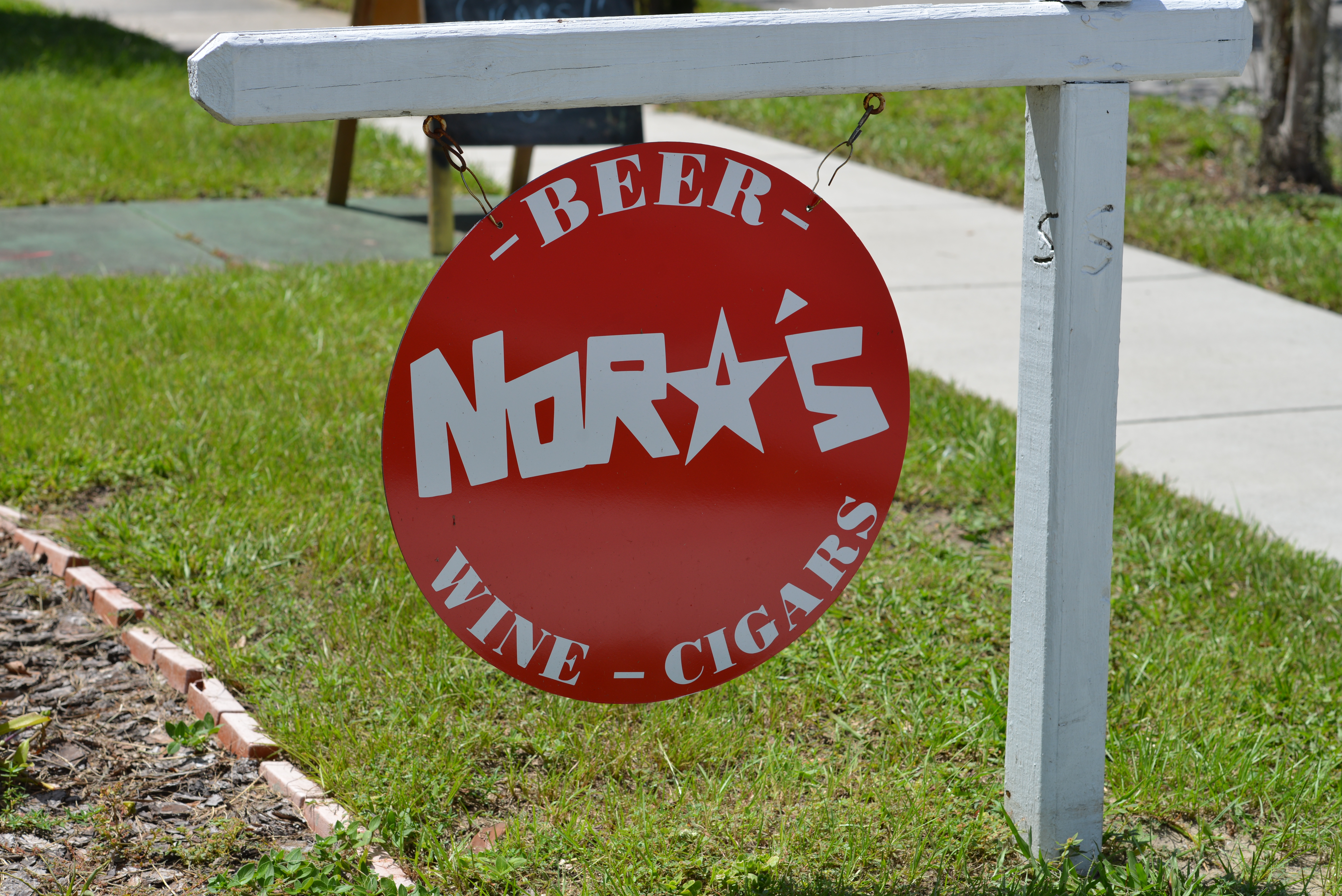 You can find the Mad Man Knitting Yarn Truck at Nora’s Sugar Shack again this Saturday in Orlando, which is located at 636 Virginia Drive. There is parking at the back of the Shack (don’t pull in sideways like I did!), and from 2-6pm you can get a massage with your libation of choice. Keep up with Gregory’s blog for future location announcements.